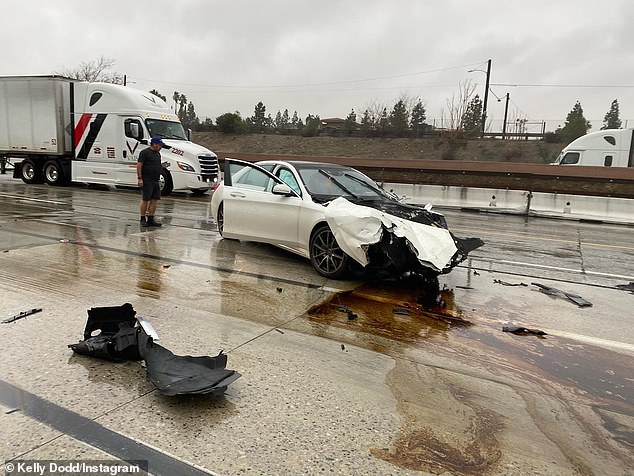 Dodd, 47, revealed her husband had been taken to the emergency room as she shared photo and video of the wrecked vehicle sitting in the middle of the freeway on Tuesday.

Leventhal suffered broken ribs and was taken to the hospital via an ambulance, Dodd told TMZ. While the car is now totaled, her husband is expected to be OK.

Rick Leventhal, the husband of Real Housewives Of Orange County star Kelly Dodd, has been involved in a ‘horrible’ car accident 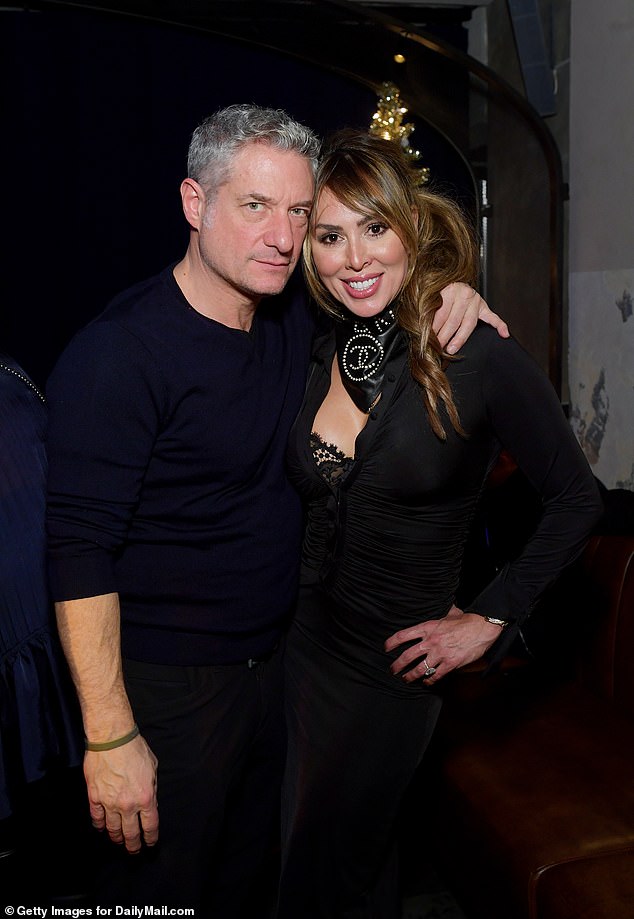 Rick says he has a deeper appreciation for life as he commented on the post: ‘Honestly I’m lucky to be alive. Scariest moments of my life. This makes everything even more meaningful’

Dodd told TMZ the accident occurred while Leventhal was en route to Palm Desert, CA. As seen in the video, the incident happened on a…