Amy Grant says her husband Vince Gill ‘made every day of the journey okay’ after her scary bike crash last year: ‘I do feel fantastic’

Amy Grant revealed her husband Vince Gill’s support was important in her recovery after her scary bike crash last year.

The Queen of Christian Pop, 62, said she now feels ‘fantastic’ as she arrived Saturday at the Music Center in Los Angeles for an event honoring Jerry Moss.

Last July, the country singer was injured in a bicycle accident in Nashville, Tennessee and had to cancel multiple tour dates.

The Grammy Award-winning hitmaker told People that the support of her husband — the 65-year-old singer — made all the difference during recovery.

‘The biggest thing was in the two months after the wreck, it was really depressing,’ the mother-of-four said.

‘Everything canceled, and I just said, “What if I’m never all the way back?”‘ 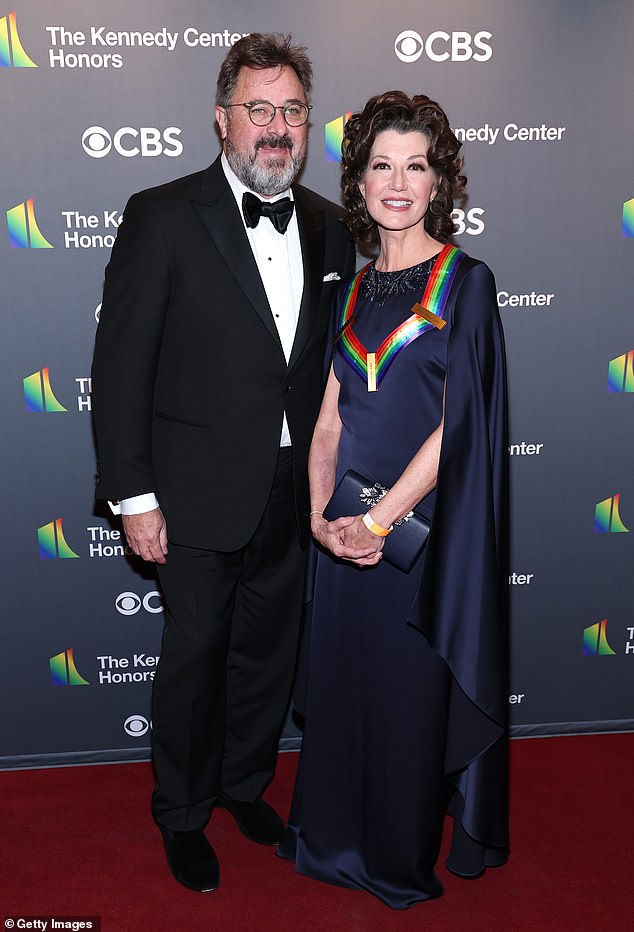 NYC girl, 17, jumps to her death from top of nine-story Upper East Side apartment building