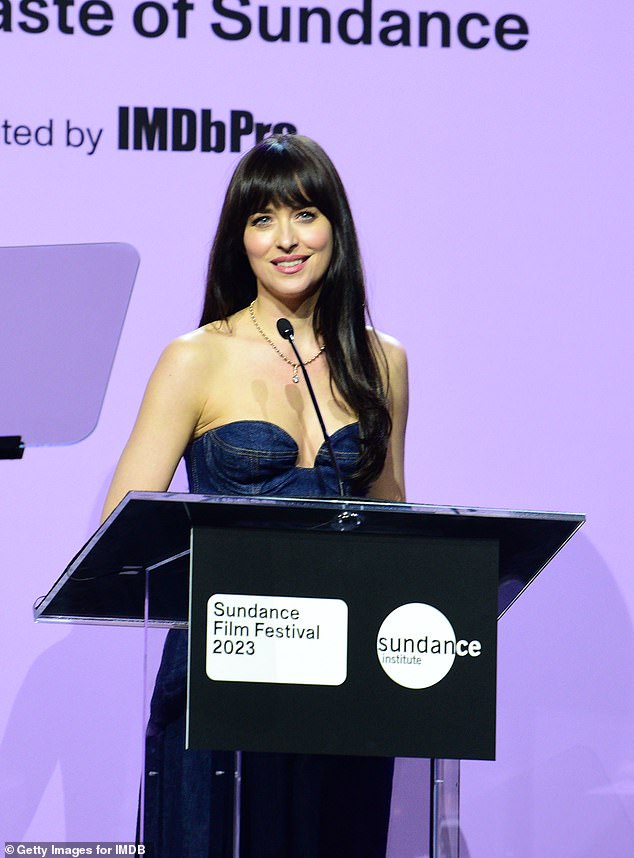 ‘Who knew cannibalism was so popular?’ Dakota Johnson shocks audience as she jokes about Armie Hammer’s scandal at Sundance

Dakota Johnson made a joke about the Armie Hammer cannibalism scandal as she spoke at a dinner to kick off the Sundance Film Festival in Park City, Utah.

The 33-year-old actress, speaking at the A Taste of Sundance dinner at The Basin Recreation Fieldhouse, was presenting the Luca Guadagnino Sundance Institute International Icon Award, after working with him on films such as A Bigger Splash and Suspiria.

Johnson – who has gained viral notoriety for an awkward 2019 exchange with Ellen DeGeneres – joked that the acclaimed director had attempted to cast her as the peach in the acclaimed film Call Me by Your Name.

The latest: Dakota Johnson, 33, made a joke about the Armie Hammer cannibalism scandal as she spoke at a dinner to kick off the Sundance Film Festival in Park City, Utah Thursday

Dakota Johnson jokes that she wasn’t cast in #CallMeByYourName: “Luca had asked me to play the role of the peach, but our schedules conflicted….