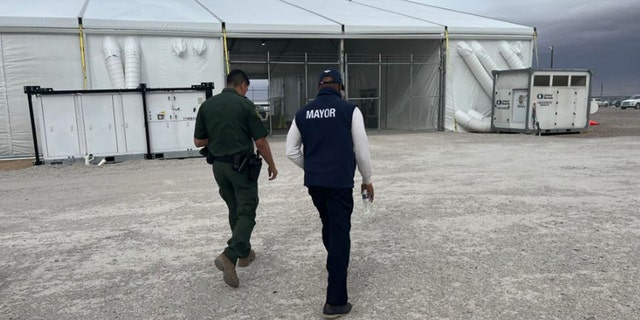 New York City Mayor Eric Adams headed to El Paso this weekend to visit the U.S.-Mexico border as his city has become overwhelmed with thousands of migrants that have been bused north in recent months, straining public resources to their limits.

After arriving in El Paso Saturday evening, Mayor Adams called the surge of migrants a “national crisis” that demands a national solution.

Adams said that he and El Paso Mayor Oscar Leeser were “on the front lines, and we need federal support.”

The visit came after the city submitted an emergency mutual aid request to New York State for help to shelter arriving asylum seekers.

“We are now seeing more people arrive than we have ever seen – averaging over 400 people each day this last week, with 835 asylum seekers arriving on one single day alone, the largest single-day arrival we’ve seen to date,” Adams said in a statement. “All this is pushing New York City to the brink.”

The city reportedly received more than 3,100 asylum seekers in the past week, with 835 arriving last Thursday alone.

Boy, 11, fatally shot by girl who was arguing with another child, Dallas police say