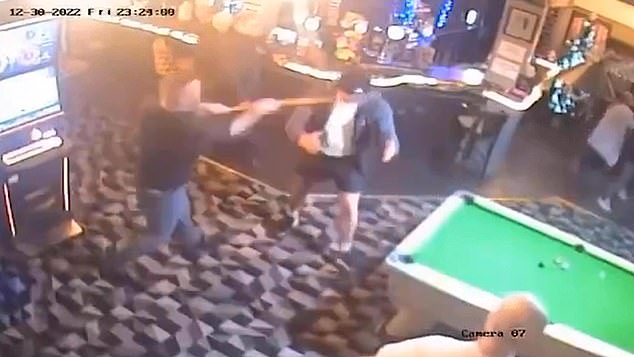 By Scott Hesketh For Mailonline

Sickening footage shows the moment a man is knocked out with a pool cue in a violent pub brawl.

It’s unclear what triggered the chaos. But CCTV appears to show the beanie-hat wearing punter hurling a pool ball at drinkers after a row during a friendly game on a night out turned ugly.

He then lunges across the table unleashing a flurry of punches before an onlooker turns his cue into a weapon and delivers a brutal full-force blow to the face.

The man in shorts, trainers and a hoodie crashes to the ground motionless as a mob piles in with cues and glasses.

Prince Harry Watches The Crown And Fact-Checks The Series

Share using EmailShare on TwitterShare on FacebookShare on Linkedin