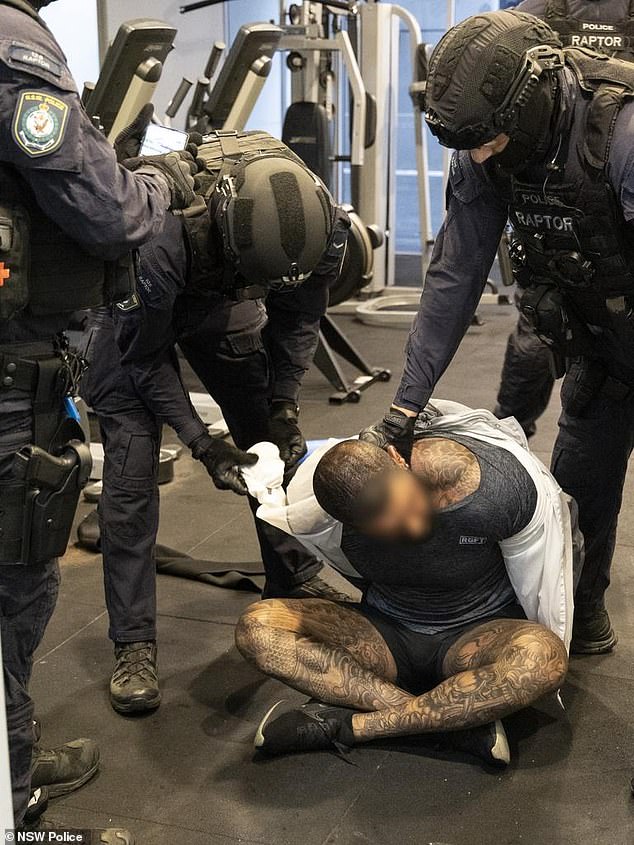 Famous bodybuilder ‘Yakiboy’ was dragged off a treadmill and wrestled to the ground by five heavily armed police officers over his role in a wild brawl on a busy Sydney street.

Incredible footage shows the moment the bodybuilder and social media star – real name Hossein Balapour, 33 – was arrested by NSW Police Raptor Squad officers just before 7am on Friday, after they stormed into a gym at his Rosebery unit block.

Balapour, who is 6ft5 and has more than 350,000 followers, was dragged off his treadmill and forced to the ground as he was detained by heavily uniformed officers, who then marched him into the back of a police van.

The 33-year-old allegedly brawled with personal trainer Marven Yacoub on a street in Rosebery on Sunday, January 15, with footage of the violent fight being shared widely on social media.

Balapour had been out on bail for a separate assault charge at the time of the incident and has now been charged with affray, use offensive weapon with intent to commit indictable offence and breach of bail.

Hossein ‘Yakiboy’ Balapour, who has more than 350,000 followers, was arrested by NSW Police Raptor Squad officers just before 7am on Friday 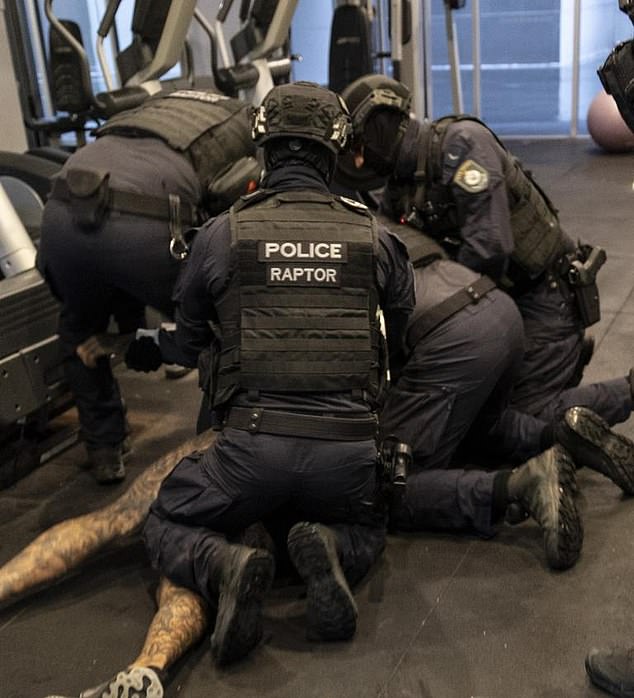