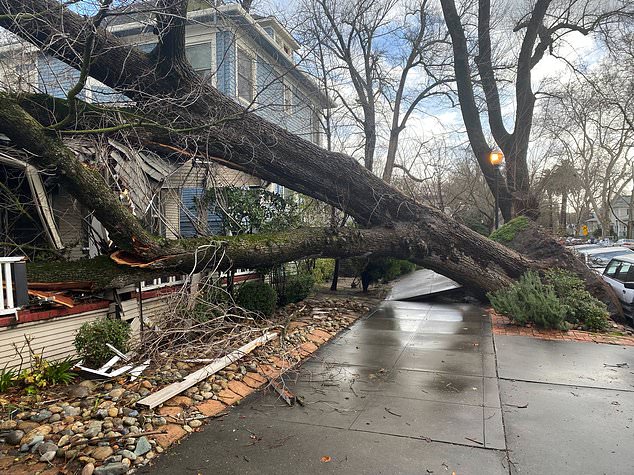 California steels itself for MORE storms that have left 12 dead, more than 137,000 without power

Californians are hunkering down Monday for another round of devastating storms expected to bring flooding and heavy damage to the already embattled state.

A series of atmospheric rivers have hit the West Coast hard over the past week, leaving 12 dead and many trapped in their homes, according to California Governor Gavin Newsom.

As of Monday morning, more than 137,000 customers in the Golden State are out of power as wind speeds upwards of 60 miles per hour have caused trees and powerlines to fall.

‘We expect to see the worst of it still in front of us,’ Newsom said as he asked President Joe Biden to declare an emergency for the state. Biden complied Sunday evening, granting the state access to emergency resources.

The storms are so severe in some areas school districts canceled classes, including the Sacramento City Unified School District canceled school, which had six campuses without electricity completely, the Sacramento Bee reported.